It is crucial to have a deep understanding of the terms before we discuss the advantages of the cloud-based PBX phone system. PBX is a term used for Private branch exchange as it is often regarded as business phone systems with local lines between members of staff including a specific number of external lines. The traditional PBX comprises a combination of several lines and discretionary console or switchboard.

The cloud-based PBX phone system is responsible for the performing the functions of the PBX system as a service over the broadband internet. Most of the brands utilizing the PBX phone system may decide to purchase or rent the phones that will be used by the employees. With the use of a cloud PBX, an individual can serve as a representative of an organization even if the group is in various parts of the world. Employees can make use of the cloud PBX to gain access network by utilizing multiple telecommunication tools such as mobile phones. These are the five advantages of a cloud-based PBX phone system.

Traditional PBX phone systems are renowned for their tedious installation process as it entails placement of wires around the confines of the organization. It is an expensive form of communication tool. Cloud PBX phone system is another viable alternative that saves companies money as it only requires several systems and the main capital is meant for the purchase of phones that employees will use. Companies spend a lot of money when they choose the traditional PBX system as they are compelled to estimate long-term usage which will lead to the installation of more lines. This will lead them to pay for phones that they are not using. The expenses of setting up and programming are considerably cheaper compared to the traditional PBX system as companies only need to pay for the lines required at a specific time.

With the introduction of a cloud-based PBX phone system, companies are prevented from paying for unused lines. With cloud PBX systems, it is easier to scale up or down. It is simple to add more lines to a cloud PBX phone system as your phone system can grow one or hundred seats at a time. Through a web portal, the setup procedure is straightforward.

If you are opening an office in a different environment, the addition of cloud phones will be among your current system. You can easily install a seat on your network on the mobile phone or home office number of your remote employees. Moreover, adding new users on cloud PBX system can take few hours instead of taking days in the case of the traditional PBX system.

RECONFIGURATIONS AND MOVES ARE EASIER WITH CLOUD PBX SYSTEMS

An office that utilizes a traditional PBX system can have a hectic time moving from one location as the process is complicated and could take an extended time. On the other hand, the use of a cloud-based PBX phone system has eliminated the issue as your phone system, and its elements are cloud in the cloud, and on-site management is absent. The process of moving office, addition and subtracting users can be done remotely through a web portal instead of waiting for the team of the service provider. You are required to pack your phones and move to the next office location. You can connect as soon as your new broadband system is installed and work can start as possible. It is also important to note that the process of moving a cloud PBX phone system is a cheaper option than the process of moving the traditional PBX phone system. This will reduce the entire ownership cost at a lower rate.

Exceptional features such as convenience and expenses won’t count if the cloud PBX phone systems were not dependable. If you have worked as an employee in a company that uses the traditional PBX phone system, you will realize that it may take days for the traditional PBX phone system to be activated and this will lead to loss of revenue as your business competitors will be taking the clients. With the help of cloud, these cloud-based PBX phone systems are operated, and in the case where an active server goes off, the system will be connected to a working site instantly. Even this switch may not be noticed by your business as it is fast. Moreover, you do not need to engage the services of an IT professional to help you maintain your cloud PBX system. The service provider can handle any issue from their location without coming to your company’s premises.

You do not have any reason to stick with a more expensive method like the traditional PBX when the cloud-based PBX phone systems offer simple scalability, more features, and enhanced reliability. At Cloudbnet, we offer cloud PBX phone systems according to the business needs of each client which will help them save money and time which could have been devoted to more productive tasks.

Reach out to us today at sales@cloudbnet.com in order to communicate effectively with your customers with Cloudbnet's Cloud PBX.. 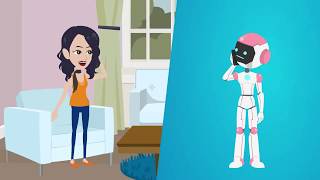 Understanding Cloud PBX In One Minute

Cloudbnet's Cloud PBX - The Best Phone System For Your Businesses

The Ultimate Guide To The Best Communication System For Your Business

The Genie in the Phone Cloud: Top 5 Small Business Features

Power Your Business With SaaS Applications

Your Small Business Phone System In The Cloud